I am in Bangalore, and first thing I found here classically well is coffee. Obviously I will not going to talk about coffee here. But about CoffeeScript which is as good as coffee . I come to know about CoffeeScript from the article written by Scott Hanselman . And I become addicted to it. I am not much a web guy. I like coding but mostly on server end. And Visual Studio is always there to save me. But when it comes to Java Script, I just crash land any time. I always try to go back to server as soon as possible. Obviously JQuery is there to bail me out. But still it is only for DOM, but for other things, you have to be expert. Now, here expert means whose written Java Script pass the JSLint with minimum errors. Simple functions and doing some addition is not a big deal but making a library for web application is do a big deal. At least for me. I am so rigid about my code quality and Java Script is a damn flexible scripting language which easy become a sloppy for me. I always try to follow architecture define by Java Script Good Parts . But at the end following some rules in C Sharp is easy than follow in Java Script. But God is with me. I found a friend who is damn powerful in Java Script .

She is princess of Java Script . She write JS like any thing. And standards are not violated at all. I don’t know how someone can write code like that. She is like Cynthia Rothrock of Web. 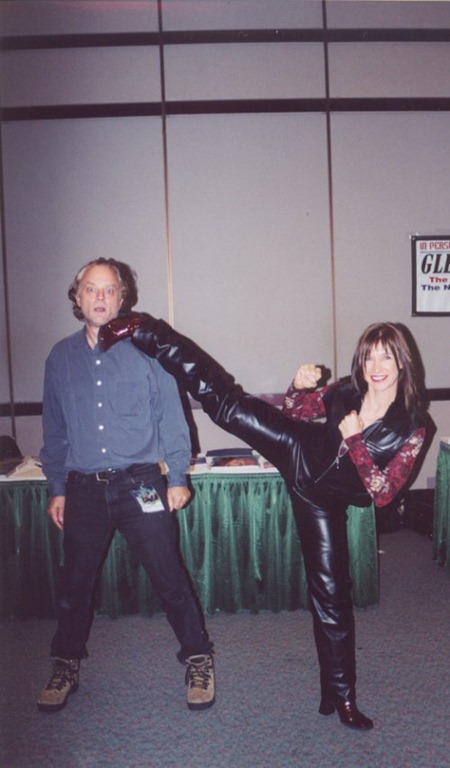 Yeah, she is like her only. Just like photo. A girl you don’t want to mess with.

I am not that another person in picture. It just a FYI.

Like Cynthia Rothrock she is also a black belt but in Java Script . Always kicking around in web arena. Whenever I stuck somewhere she comes laugh at me and solve the problem. And what I am in compare to her, like kid shown here. 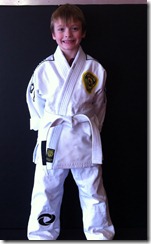 A white belt kid. Now what I can do to match the standards with her. Technically I can’t. As she is black belt and I am just a kid. But I am a smart kid. I drink some coffee and write CoffeeScript . Yeah, you have black belt and I have coffee . Now, I come to point. There is always a need of writing good code, weather it is compiled language or a scripting language.

And good code has two main quality as per me. One is its readability and another is extendibility. If I am writing code, other should read it and also able to extend it. Now, if you are writing Java Script like her, others don’t find any problem to read or extend it but else that will be a problem specifically with scripting languages. It prone to get dirty soon.

Here, CoffeeScript has major advantage. First thing its readability, and second thing it is just a Java Script . Here, I am going to use few example from CoffeeScript site only. So, if you like to try it out, site have try CoffeeScript option, I encouraged you to do that.

To try coffeeScript on local machine there are few options to go with. Today most of the IDE supports add on for CoffeeScript . But I prefer the Node way. Just install it and start firing commands. You can check out home site for CoffeeScript to starts with. I am now starting with example.

First thing I love about CoffeeScript is call back function. It wrapper your code around Java Script callback function by default. Here is Hello World example of it. I first go with Java Script

This is pretty small things. But I forget many times. This will call anonymous function to self so it will not mess with other libraries around. And what I wrote in CoffeeScript file. Just one line

That’s it. That all I wanted to do. No more function and all that, no more brackets; nothing. Just like any other DSL , just write what I like to do. It is pretty basic example but even from start, it is showing the power of CoffeeScript .

Another thing I like is working with arrays. After having list and collection in new languages, working with array is little bit difficult sometime. My friend mention above wrote complete library to get functionality like List in Java Script . But it is fun to write array in CoffeeScript .

Normally we do things in Java Script like shown here

Its just pure fun. Here there are few things I like to mentions specifically. First thing I have already mentioned is how to do array thing in fun way. Other thing if you have noticed is a loop with “_” variables. CoffeeScript takes care of everything starting from scoping of variable by it self. If you need to mentions at top or take care that it will not go out of scope. That will be taken care, even simple thing like loop is written in way it should be written.

Another example for looping

And in CoffeeScript it is like a one line, giving For Each loop feeling in Java Script .

Now, if any one is fan of Ruby , it supports Ruby like syntax in few cases. Obviously web club will like this. You can pass inline variable with “#” and it will work. Let me show you the example.

This time I will go with CoffeeScript first

And here is Java Script for it

See it take pretty good care of every damn thing. I just fall in love of this. Pushing everything over the top and returning result, changing things with appropriate variables. Every damn thing. Isn’t it good ???

There are few more things for conditional operators and looping. But I like to move on to little bit complex example. If I want to create library like JQuery , few more things must be there. Now, Java Script doesn’t have private , public things or classes by default. In Java Script functions are the classes it self. And there is a trick to do private public thing in Java Script . Most of Java Script programmer must have known this. But this thing is fairly easy in CoffeeScript . It has its own class syntax and there you go. Code like any other higher level language. Just check it out.

And here is Java Script code (

Isn’t it cool ?? I guess it is. Making library becomes so easy with this kind of syntax. Obviously for the person like me who is from another language background.

Let us see some more complex example. Of function binding. It is easy to bind function. No, extra code at all.

And it will generate appropriate Java Script

See. It is fun. If you are thinking that what if you are JQuery fan like me. Again I like to repeat word from CoffeeScript only

You can use any library with CoffeeScript . Let’s check out one of the example of it.

And here we go with JQuery code

It becomes more powerful when it joins hands with JQuery or other libraries.

Now, for whom this is ??? This is for person like me. Or even black belt like my friend. It just fun to write Java Script . I don’t insist to use it but I surely insist to give it a try. It is worth investing time in it. Again if you are die hard Java Script developer, I don’t think you need this. But again there is no loss in learning new thing. I am just enjoying CoffeeScript like anything. 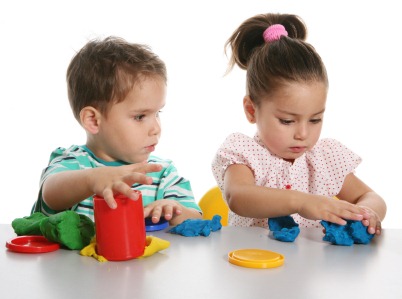 So, here there are clearly two options for most of the developers including me. Either I can have coffee with Java Script , doing over time and solving errors. Or I can use CoffeeScript and have fun time with my (Black belt) friend. I prefer later one. And trust me this is one the most fun writing article just like CoffeeScript .

Taste a coffee and have fun. Coding is seriously enjoyable with friends like her and technology like CoffeeScript . Special thanks to Jeremy Ashkenas for giving CoffeeScript .

All idea, opinion are my own and don’t reflect opinion of my current or any former employer.